The Real Estate Market Cycles
And How They Affect Your House The recession that shook the US economy in 2008 seemed to catch us all by surprise. Insiders often refer to it as, a “financial tsunami,” which reinforces the common assumption that it arose suddenly and without warning.

The truth is that the antecedent to the financial collapse of ’08 can be clearly traced, and it could have been predicted with great accuracy long before the toll it took ever really had to be endured. That is to say, the damage was not inevitable.

The real tragedy of the recession is that anyone with historical knowledge of the market could have seen it coming, and, in fact, many did. This is information that, some say, lays guilt at the feet of those in the know, and gave a tactical edge to the few who stood to benefit from the collapse.

The true cause of the recession, from which most Americans are still struggling to recover, is much older and appallingly more relevant to more people, (other than the inside traders who applied the last straws) than anyone is likely to expect.

In 1876, Henry George made note of the cycles by which real estate markets move, and move as predictably, some say as the planets in their orbits. His observations may be summed up in the following outline.

We know what a recession looks like- spiking unemployment; slumping demand; and depressed investment in buildings, factories, and goods of all kinds. Home values plummet, and economic activity hits the trough- the lowest point in the real estate cycle.

As the population grows, the demand for goods and services grows with it. This basic expansion is usually hastened by government legislative intervention which comes in the form of lowered rates of interest.

As demand increased and investment costs slowly decrease, companies inevitably expand their reach. Businesses will bring on more employees, construct new facilities, and buy more equipment. All these growth factors will contribute to the reviving appetite for land and buildings where expanding activity can grow into.

Vacancies will decrease across all asset classes (retail, office, residential, and so on) while, at the same time, companies will utilize previously unused spaces and segments of the workforce occupy previously empty accommodations.

The slow conversion from recovery to growth will occur as companies and people have rented or purchased much of the available land and structures. Tenancy begins to surpass the long-term mean. As empty space begins to become scarce, That’s when landowners begin to raise the rents.

Because the majority of real estate costs tend to stay fixed, such as the Miami condos still for sale that were built a decade ago with hopes of an influx of jobs and tourist dollars, increased revenues fairly reliably mean increased profits. The prospect of these increased profit margins drives demand for the development of undeveloped lots and the redevelopment of many already existing properties.

Those who paid attention in economics 101 will know that the new supply will meet the demand and alleviate the upward pressure on all rates and prices. The twist is that it takes considerable time to fill new inventories once they are needed.

New market studies have to be done. Land sales will have to be negotiated and renegotiated. Zoning permits have to be acquired. Projects have to be financed (often a project in itself, especially after a recession). Only after all these things are in place can new construction commence, and usually the construction itself takes as long as two to five years on average for most types of developments.

As significant numbers of inventory units begin to become available, broad economic growth is already well on its way, usually within no longer than five to seven years before the upswing is official. During that period, rates of occupancy and rents will have been on the rise.

This part of the cycle will reach the point where rental rates are not just rising-they are accelerating. Savvy investors incorporate this into their predictions. We have now reached the point in our cycle where land prices begin to reflect anticipated rent growth, rather than actual market conditions.

Believing these prices are justified by expected future growth investors will happily pay in excess for land and begin building in accordance to the future of the market. This is commonly known as the boom.

While occupancy rates exceed long-term averages, there will continue to be pressure to raise rental rates. This seemingly stable upward pressure makes new construction financially possible for as long as the market can sustain it. This holds true for both the hyper-supply and the expansion phase. Phase three can be thought of as a lag in the exchange of information, or like slack in a rope. Another way to understand Phase Three is to imagine a train which stops and moves in the opposite direction. As it slows and reverses, the couplings will become momentarily slack and clank as the cars one-by-one succumb to the new momentum. An individual investor is like a car in the train. The way to avoid the unpleasant ‘clanking,’ is to operate under your own power when you see the change coming.

It is important to understand this on an intuitive level because it is a point on the cycle where the advice of others will more often than not be faulty. The usual answer of ‘work harder, produce more’ still prevails- but realize that inventory created that will not pay off is what most contractors are producing at this time, and what most investors are buying. By studying the history of the market you are in, you will be able to spot the warning signs that Phase Four is coming.

It comes on suddenly, almost as if by fiat. But those who have their finger on the cycle will foresee it- and they will be hailed as gurus.

The intensity of the recession depends on the behaviors of investors and speculators, more often than not- although catastrophic events and unusual windfalls can also play a role. But the recession will come as surely as the winter season- and you will want to be ready for it. You will do this by obtaining historical knowledge of the market you are in, by studying and watching for the following recession indicators.

1. Upward Rental Pressure Subsides: Demand Recedes
For obvious reasons, we can now see that we are approaching the end of our time of prosperity. The point between market expansion and hyper-supply is made clear by the increase of unsold inventory. There are too many vacancies. The consumer base is losing its ability to keep up with the upward pressure on rents.

This will begin as newly completed units from the middle expansion period start to quench the market’s demand. Now that occupancy rates are peaking and exceeding long-term averages, rents are still rising. The rate of rental rates raising is beginning to slow, and it will gradually grind to a halt and reverse.

This is a very delicate period in the cycle. It is at this point where it is decided whether the next phase will be a gradual let down or a market crash.

Developers with their fingers to the wind will notice the gradual changes and will attempt to compensate for the probability that current construction will not be sustainable in the lean conditions that are on their way.

2. Occupancy Recedes
Usually, construction does not stop as above, and inventory continues to grow even as demand subsides.

The slow change from hyper-supply to recession is pronounced by our second trouble sign: occupancy dips below projected averages. New construction will stop while projects that began during hyper-supply continue on schedule. The added surplus leads to flagging occupancy rates and sagging rents. This means lower incomes for landowners.

3. Rising Interest Rates
The final warning signs for investors is the dreaded rise of interest rates. The price increases of the expansion will, sooner or later, force the Federal Reserve to increase interest rates in an effort to resist inflation.

The positive side to this is that it halts any developers who are still developing new supply mode as the increase in lending costs makes these new developments fiscally impractical.

Unfortunately, by this time, it’s too late to salvage those projects that were started during the boom. The combined factors of decreased occupancy, plummeting rents, and increased interest rates rapidly decay profit margins.

What Phase is the Market In Now?

This depends on what “market” you mean. The market condition will be different from one niche to another. Different niches are delineated by different locations and users. First you must identify the market you’re working in.

There are many markets that function independently of each other. For our purposes, we will assume we are talking about the national apartment and housing rental market. But for most investors the market they should be thinking of is their local region within whatever particular niche they may most heavily trading in.

What Market Cycles is Coming Next?

The next phase will reliably be the one that comes after the one you’re in. To determine that, you may have to do a bit of research.

If you’re talking about the national residential housing market, most experts agree that we are in the middle of an expansion phase. That’s good news if your local market is sufficiently dependent on national factors. If you’re in a very isolated market in some unique or specialized location, you will probably have to look into it a bit deeper in order to get your bearings and decide what phase you’re in.

If that’s the case you will need to do some research. Talk to other local professionals, preferably someone you’re not in competition with. Do your own independent research as well. Dig up as many facts and figures as possible and draw up a timeline for yourself.

Drawing up a historical timeline for your local real estate market is an intelligent way to get ahead of the game. If you can put together a clear and comprehensive history of the market that goes at least 50 years into the past you will be surprised how much you will be able to learn.

You will find that the real estate cycle is very predictive and dependable. It is not totally without uncertainty, however. If you’re lucky, when you’re constructing your timeline, you will find past events that disrupted the normal flow of the phases we talked about. These disruptions should coincide with major events such as wars, crop famines, and events of equitable scope such as migration or birthing booms. The further back in time you go back in history, the more likely you are to find such an event. This knowledge will enable you to draw especially useful conclusions about where your local market is headed. If large-scale disturbances can be ignored, estimates based on general trends should hold.

Like it or not, the market operates on a cycle of boom and bust, motivated by supply and demand. Precise timing can be difficult to achieve in your predictions. Outside influences can make huge differences on market peaks and troughs. 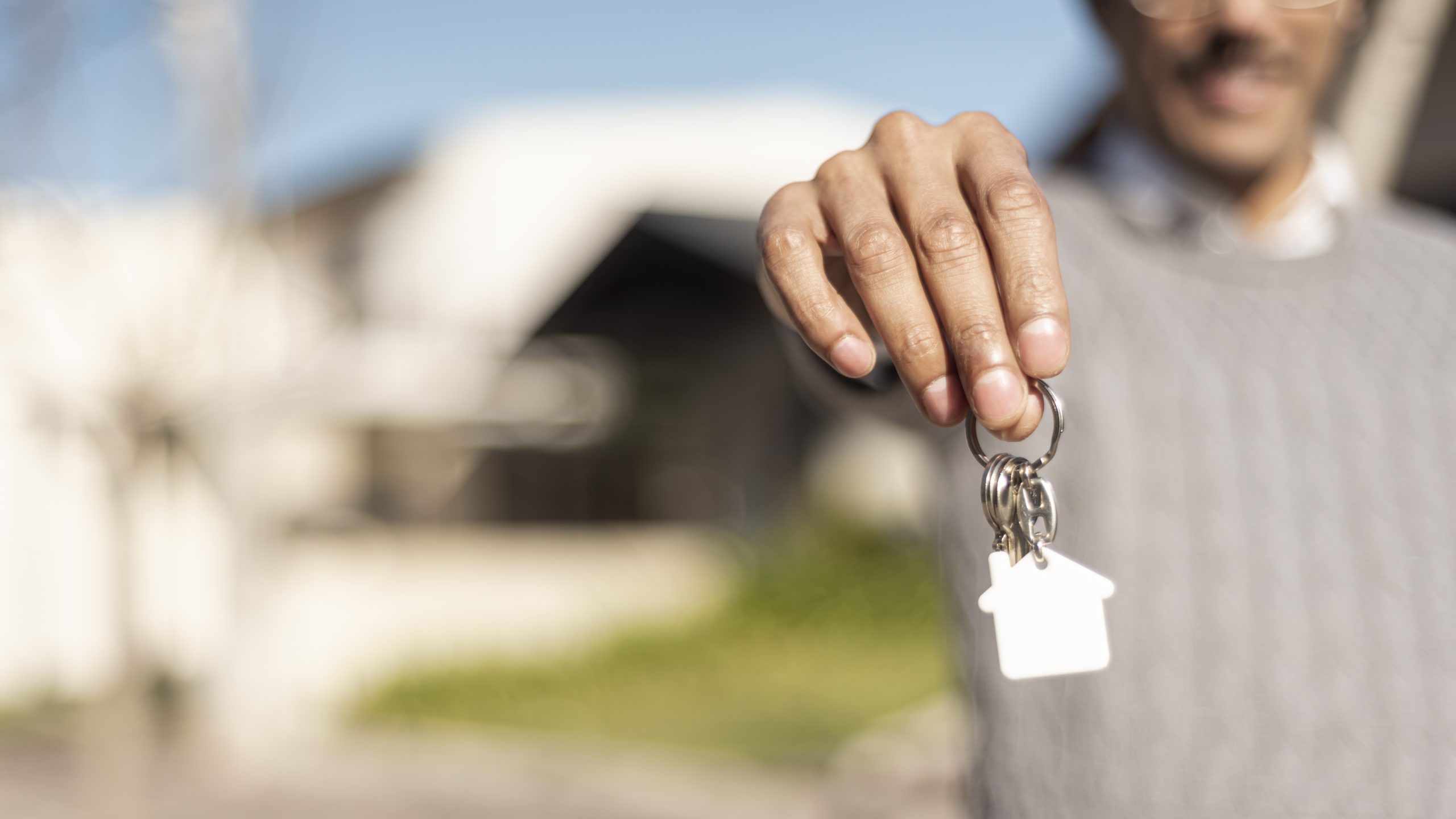 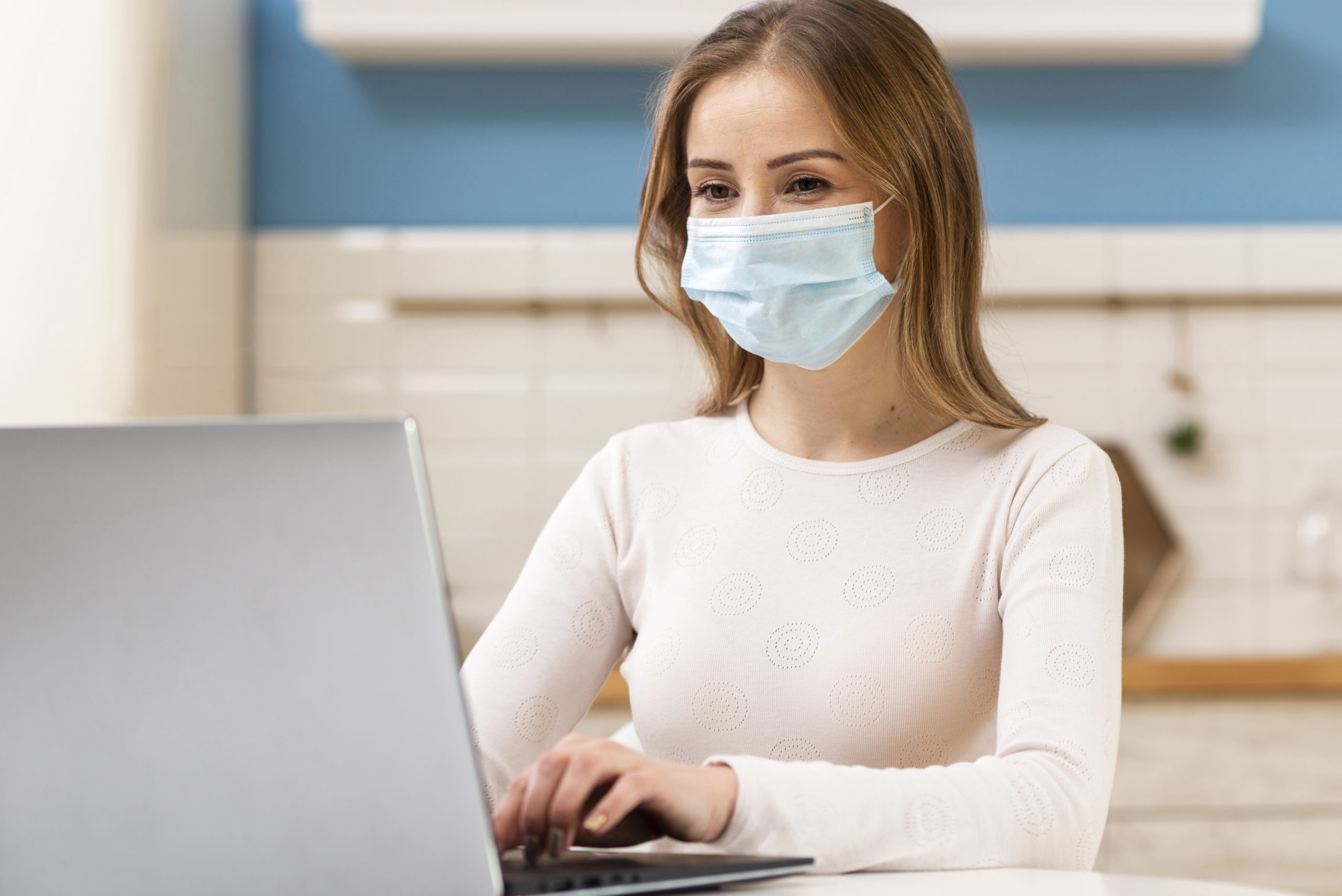 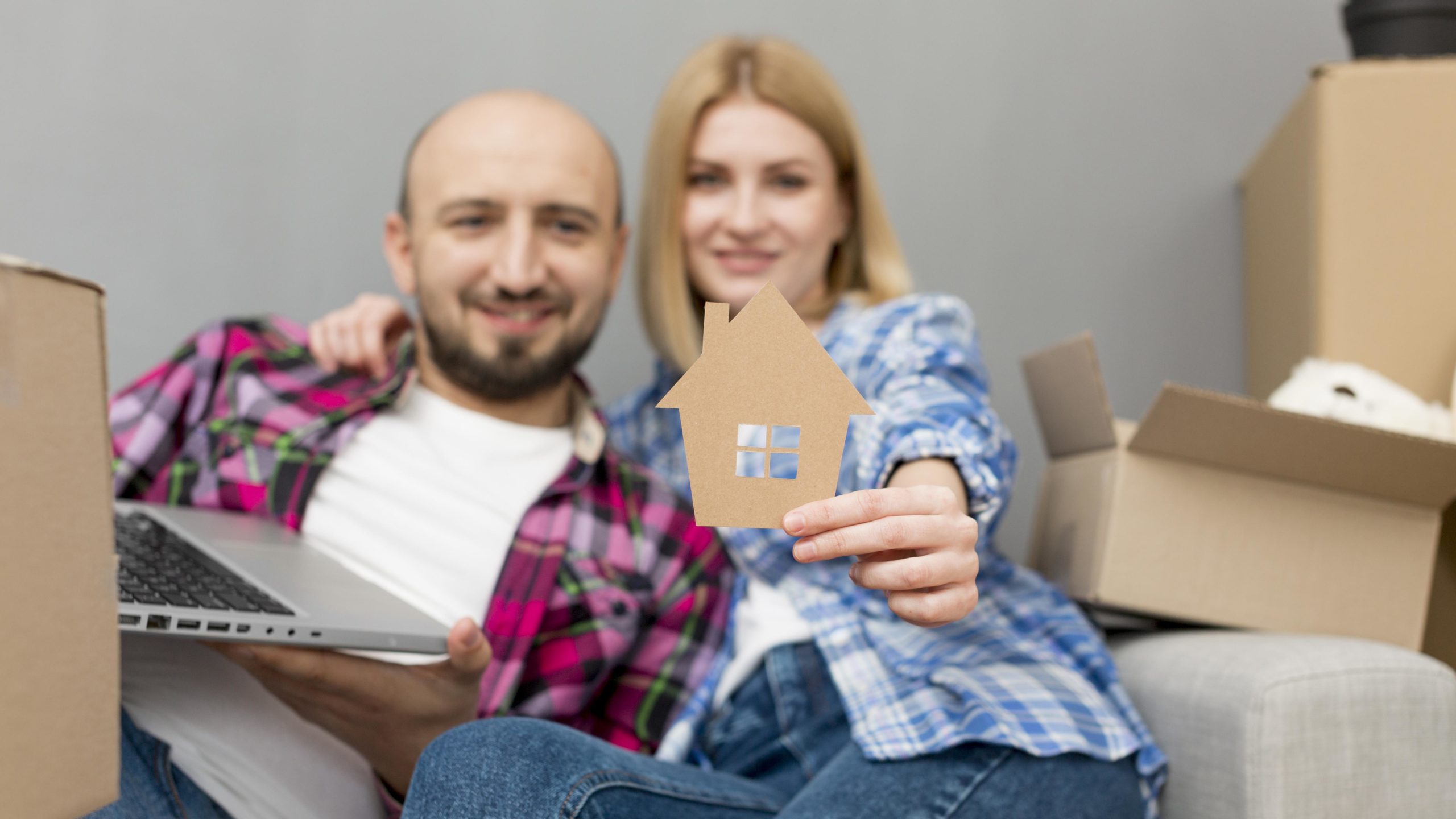 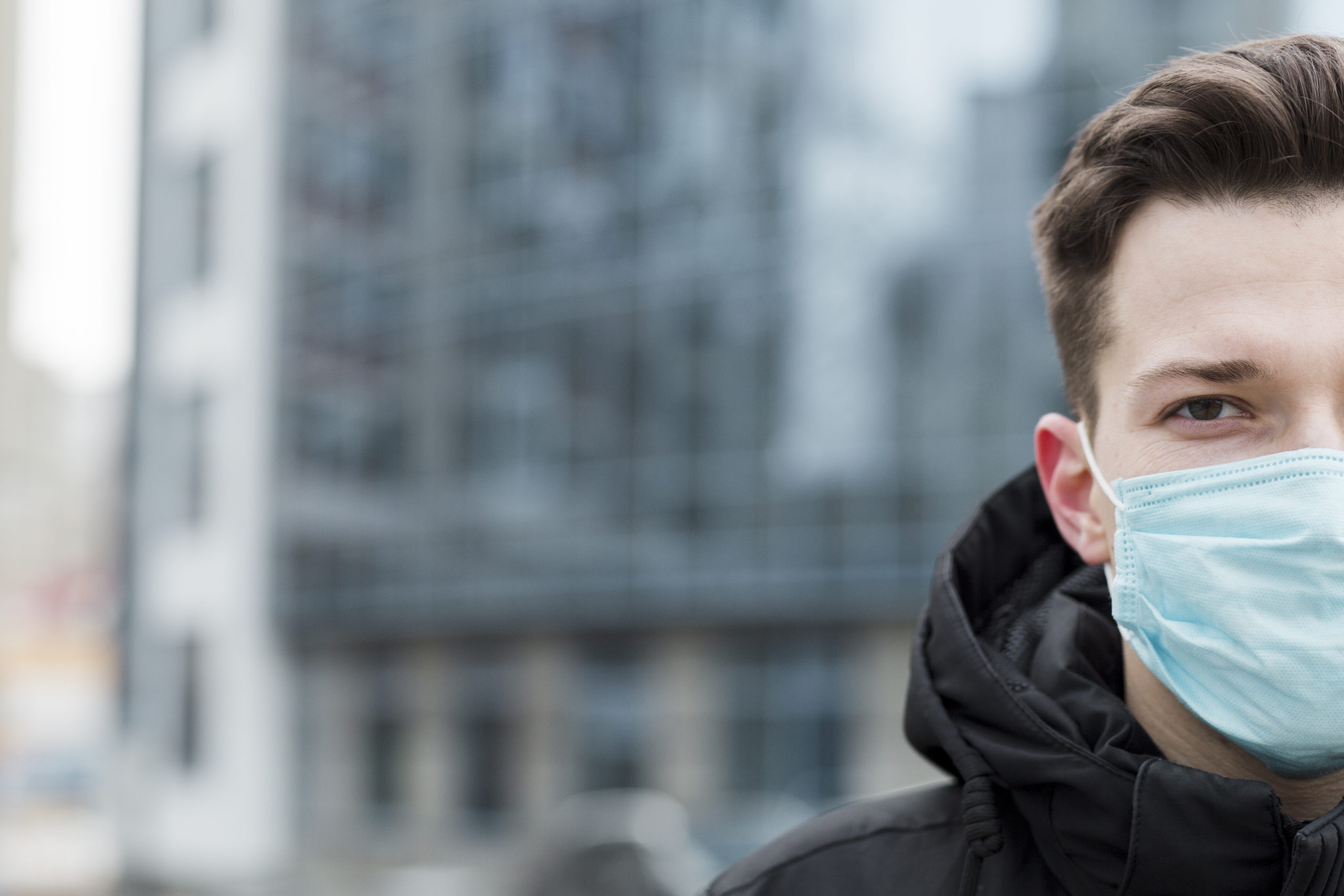 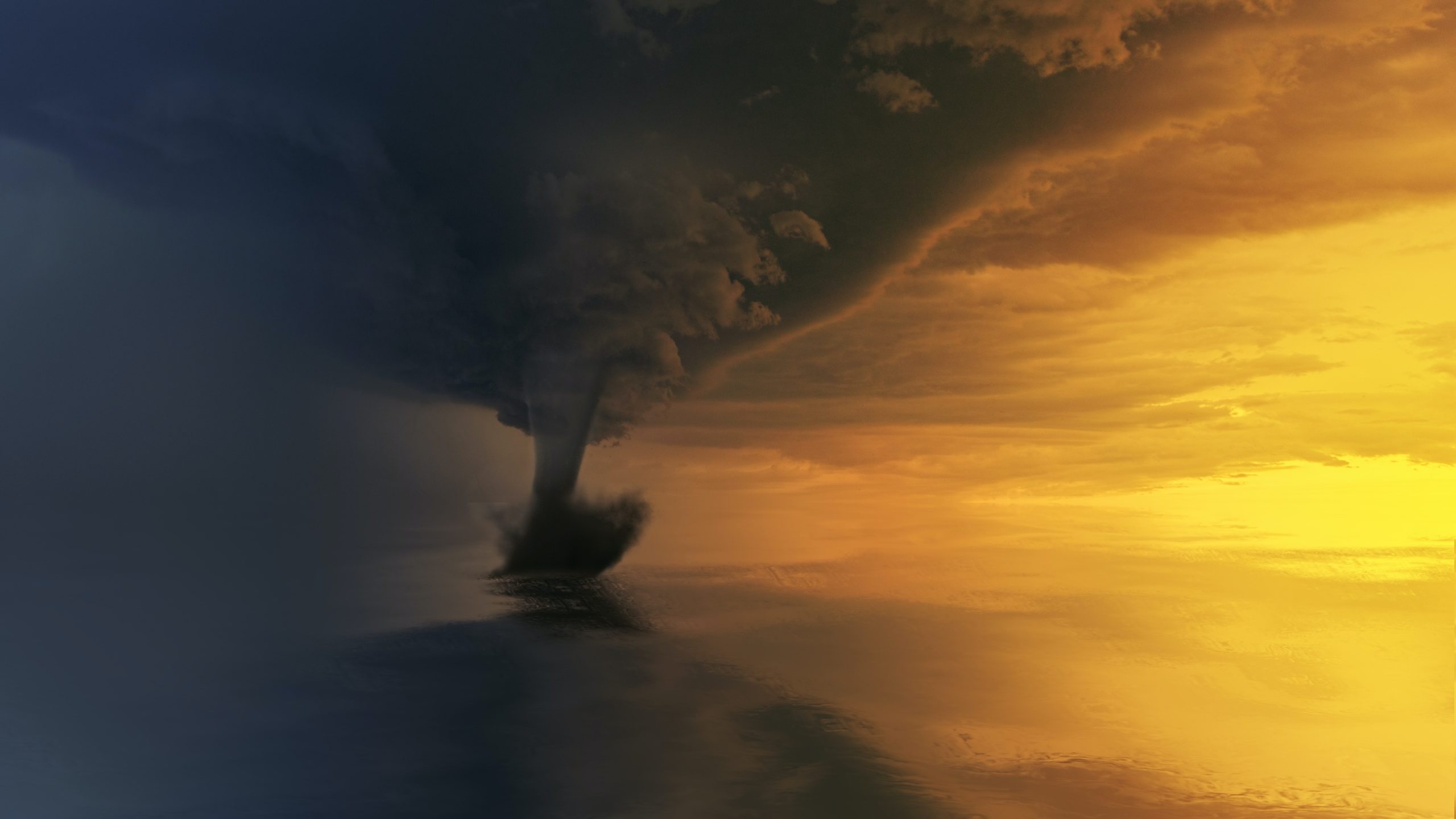 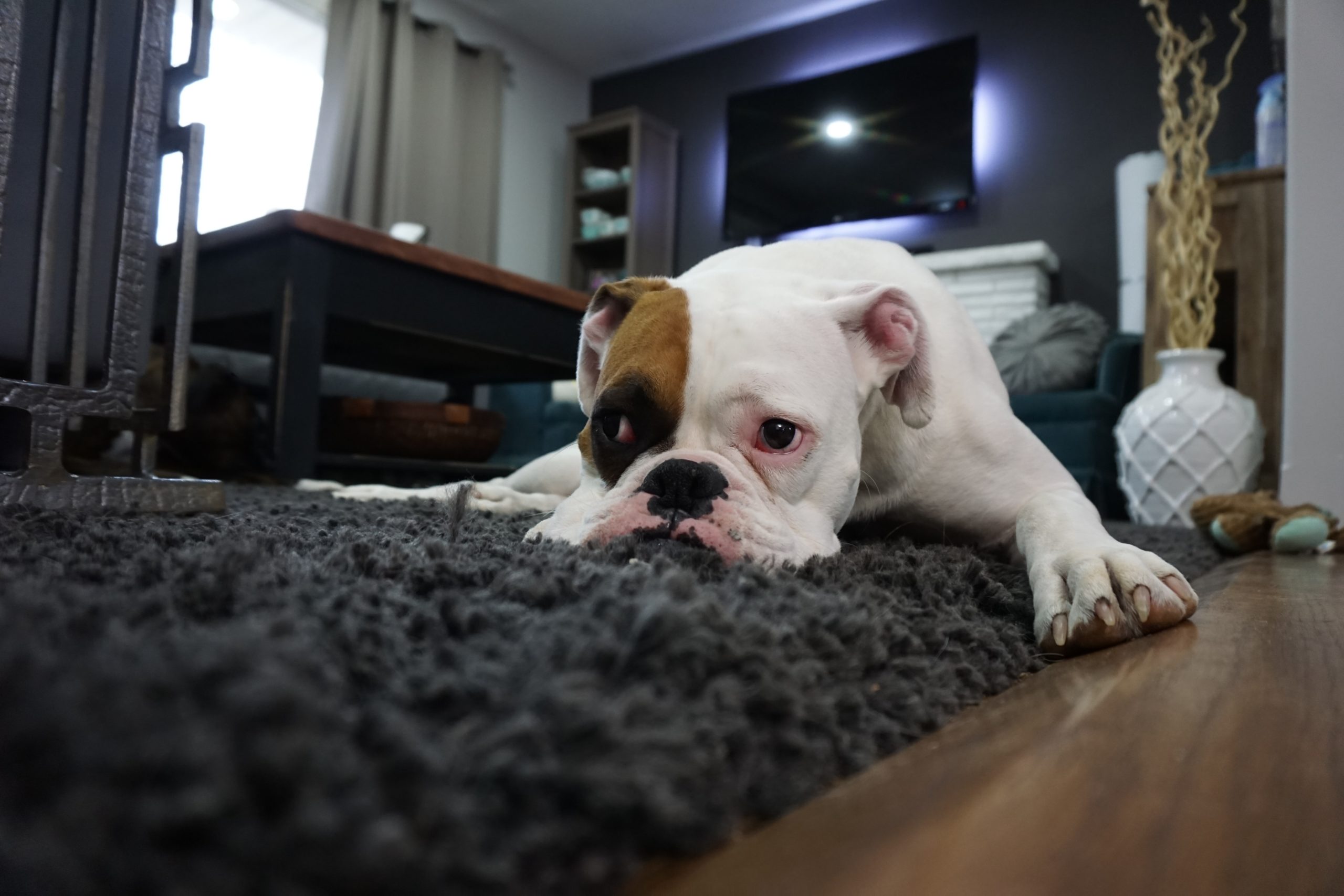